Do you think that the film Shakespeare in love is a good adaptation of the play Romeo and Juliet?


The film shows the difficulties of Shakespeare to find inspiration in London, until he meets Lady Viola, a woman of good social standing lover of theater and poetry. Between them spring up love and Lady Viola becomes the muse who inspires his work Romeo and Juliet, to the point of becoming a star of the same.

The film provides a remarkable parallel between the relationship of Shakespeare and Lady Viola and stormy love affair of Romeo and Juliet, while building tells the story. In that sense could be regarded as a film adaptation of Shakespeare's play told in comedy tone but with the dramatic backdrop of the English author's work.

But this apparently comic approach does not deprive us moments of great dramatic intensity, as the scene of Shakespeare imploring forgiveness to believe guilty of Marlowe's death, or the moment of parting with Lady Viola after her marriage and her impending travel to the new world.

Shakespeare in Love is a superb adaptation of Romeo and Juliet, because the background theme of the two creations is true love.


FRIAR JOHN: Going to find a bare-foot brother out one of our order, to associate me, here in this city visiting the sick, and finding him, the searchers of the town, suspecting that we both were in a house where the infectious pestilence did reign, seal’d up the doors, and would not let us forth; So that my speed to Mantua there was stay’d.


FRIAR LAURENCE: Who bare my letter, then, to Romeo?


FRIAR JOHN: I could not send it, here it is again, nor get a messenger to bring it thee, so fearful were they of infection.


FRIAR LAURENCE: Unhappy fortune! by my brother hood, the letter was not nice but full of charge of dear import, and the neglecting it may do much danger…


After many vicissitudes, when it seems that the outcome will be happy for the lovers, the fate turned his back against theirs, and Romeo does not receive the letter from Friar Laurence in which tell him aware of the plans to transform his misery into happiness . Without this information the events rush and Romeo, believing in the death of his lover, takes his own life with her, moments before she awakens from its lethargy, unwittingly causing the death of his true love.

Without doubt, fate plays an important role in the outcome of the work, because when it all seemed on track, a fortuitous fact changes it. In the words of Shakespeare in the film Shakespeare in Love, "a comedy is not what I write, but a tragedy"


ROMEO: Then plainly know my heart’s dear love is set on the fair daughter of rich Capulet: as mine on hers, so hers is set on mine; and all combined, save what thou must combine by holy marriage: when and where and how we met, we woo’d and made exchange of vow, I’ll tell thee as we pass; but this I pray, that thou consent to marry us to-day.


FRIAR LAURENCE: Holy Saint Francis, what a change is here! Is Rosaline, whom thou didst love so dear, so soon, forsaken? Young men’s love then lies not truly in their hearts, but in their eyes. Jesus Maria, what a deal of brine hath wash’d thy sallow cheeks for Rosaline! How much salt water thrown away in waste, to season love, that of it doth not taste! The sun not yet thy sighs from heaven clears, thy old groans ring yet in my ancient ears; Lo, here upon thy cheek the stain doth sit of an old tear that is not wash’d off yet: If e’er thou wast thyself and these woes thine, thou and these woes were all for Rosaline: And art thou changed? Pronounce this sentence then, women may fall, when there’s no strength in men.

In this scene, Romeo goes to Friar Laurence to ask him one in marriage to Juliet, and finds the surprise of the monk, who believed him in love with Rosaline. This leads to reprimand of Friar Laurence, who attributes this abrupt change to the fragility of love among young people.

But throughout the play, it’s demonstrate that the two lovers, despite his age (Juliet has not yet the age of fourteen) are mature enough to overcome the difficulties arising from the hatred between their two families, and live their love passionately. Keep in mind that we cannot compare the maturity of the current youth of fourteen years with the era of the play.

The fact that marks the maturity of the lovers is undoubtedly the true nature of his love, stronger than hatred between their families. 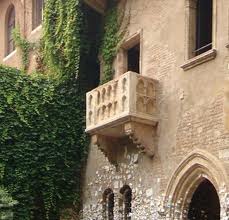